An Evening With the Bard 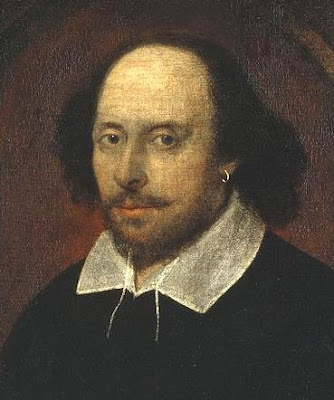 According to Ms. Alexander's website, "400 complimentary tickets" will be available to residents of Penn Branch and other Ward Seven neighborhoods (Hillcrest, Fairfax Village, Goodhope, Capitol Heights, Deanwood, Greenway, etc.) for this big-box production of William Shakespeare's Taming Of The Shrew. The magic begins at 7:30pm, ..but, the Shakespeare Theatre Company website warns to get down there early, as their lines usually start forming four hours before a show starts. With director David Muse's inspired all-male production of Romeo & Juliet still the talk of D.C.'s theatre circles, this production promises to be a quirky, unconventional, eye-bending spectacle, typical of his critically acclaimed interpretations of the Bard's works ..and not to be missed.

The speed-humps on Carpenter Street (around the corner from where my mother and sister live) are high enough to ski on, and there is more opossum and racoon on this hill than you can shake a hunting rifle at, ..but, Councilwoman Alexander continues to be a Penn Branch gift that keeps on giving. Events, like Night at the Shakespeare are so vital to the wellness of River East Washingtonians, and especially to our kids, many of whom often express a feeling of being a scarred, exiled and forgotten part of our otherwise opulent Nation's Capital. I think Yvette Alexander knows that these events connect all of us to a larger world of art, culture and opportunities that simply haven't landed in our part of town, ..yet. In spite of the considerable challenges facing much of her community, Alexander continues to bring insightful and forward-thinking solutions to us, and we are all the wealthier for calling her one of ours.

She is a light, my friends.

She is a light with free tickets to a play at Sidney Harman Hall, ..after which a night of shameless, frivolous partaying in Chinatown and points farther west must be had by all.

*That last bit, "Go! Vanish into air! Away!" was inspired by (or stylishly lifted from) William Shakespeare's infamous Othello. Hey--I'm an English Lit major, here! Look the other way and let me have my fun.
Posted by Dyer at 4:26 AM No comments: