From Frustrated Facebook Ramblings About Fairfax Village, The Spectre Of Gentrification And Very Real Cultural Isolation 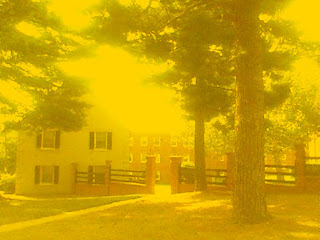 By Mel Dyer
While I don't spend as much time, there, as I used to, I can't give up hope that my home of over twenty years, FAIRFAX VILLAGE, will soon escape the pessimism that some of us have inflicted upon it, since the early 1970s, ..and return to its pastoral niceness, someday. While I have enjoyed friendships, with a wide variety of people from every corner of the planet, I don't think the Village needs cultural OR economic gentrification to make that happen.
Inflicted? Did I say...yes, ..I did. So, what am I talking about?
In the late 1960s, there used to be an Italian restaurant - a RISTORANTE, with a piazza and bistro tables, with candles on them, at night - literally, a mere couple of blocks, from my condo. Long before I moved here in 1995, lovers, old ones and young ones, used to amuse each other, over candlelight, in that piazza, ..right up the street. What happened? I don't care if the lovers are East Indian, Polish, Jamaican, Salvadoran or Cameroonian - I want that, back. I don't care, if it's not as fancy, as the original; I want that, back.

Show me a reason I shouldn't want it...that it's not possible. I want it to matter enough to my neighbors, here and in the surrounding communities, that we don't PEE on it, pollute it with vulgarity ..or fight and kill each other and bleed all over it - enough that we'd keep it decent for our families...especially, the elders, who got us, here. If we'd never had it, I might content myself with seeking such simple pleasures, elsewhere, ..but, we had it.
We had a standard, in Fairfax Village. I want that, back. I want that ..and optimism.

So-called 'big government' can't back up a truck, over here, and dump optimism into our community. It can create tax incentives for venture capitalists, established corporations, sole proprietors, small businesses and prospective homeowners to encourage investment. It can educate our young people to be the next generation of job creators in Fairfax Village. Beyond that, big government, liberal solutions offer very little. I think we need a mix of solutions from the right, left and between to solve the civic problems, here - that's another discussion, entirely.

What's broken in Fairfax Village is more, than social; it's ..cultural. When we Villagers draw a line, at our border, no matter what socioeconomic turmoil is unfolding in the world beyond it ..or what trouble is plaguing our individual, personal lives ..and declare there will be no danger, filth or dysfunction, within, ..we will have turned a corner. The optimism and determination - the revolution - for a better life for our collective, has to start inside the hearts and minds of each and every Villager. I can't give up hope that I will see that cultural transformation take place, here, someday, ..and hopefully sooner, than later.

Maybe, it's time for it. Maybe, the ambitions and aspirations of new villagers, especially immigrants, can infuse our old neighborhood with something it lost ..or never had, in the first place - the determination that, no matter where you come from, a good and better life will be had, here. That Fairfax Village will not fail...period.
No excuses.
In my lifetime, I'd like us to do better, than 'not fail'. I'd like to see us thrive. Again. 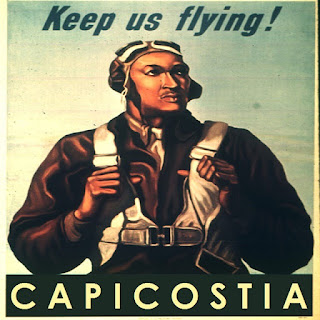 by Mel Dyer
In case you haven't been paying attention, CHARACTERS and panhandlers are hanging around our Shops At Penn Branch, now.
As they gather in number - I saw TWO pretty obnoxious ones, out there, tonight - they will create an environment that attracts criminal opportunists. Soon, the word will get out that it's OPEN SEASON on Branchers, ..as we stop to dig in our pockets, open purses, etc. They will create opportunities for intimidation, purse-snatchings, slightly more violent smash-n-grabs and straight-up ARMED ROBBERY, ..and right in the parking lot!

It all starts with a few harmless regulars (characters, we used to call them) hanging out front and in the lot, hustling a little change, harassing passersby, ogling women, dancing [I've seen it!], prostituting themselves, dealing or consuming drugs and, most importantly, ..distracting Branchers from paying attention to their personal safety.
Popping into the Shops At Penn Branch for milk and OJ won't so easy, when our sisters, daughters and mothers are forced to sort through all the characters - harmless ones vs. armed robbers - just to get inside the store. And yes, I've actually seen them DANCING, outside the store...flipping around like mackerel, on the walkway!
I will not pay our Shops At Penn Branch to disregard the safety of our disabled persons [My sister is one.] ..elders, women and children. Neglecting public safety is disrespectful of our community, and we should not tolerate or support it, with our business.
Is vagrancy tolerated by the 7-Eleven stores in Cleveland Park, Chevy Chase, Georgetown or Spring Valley? I've been to those stores, ..and I can tell you it is not. Are we worth any less, in Penn Branch or, for that matter, the rest of Capicostia*?
What's the big deal? Where's the harm done, here? The loitering is distracting us all from keeping ourselves and our families safe from potentially more violent crime. That's where the real harm is done.
Let's tell our Shops At Penn Branch proprietors to pay attention to what's going on outside their stores. Let's tell them to call the police, when they see loiterers and panhandlers, gathering. E-mails, tweets and text messages - WRITTEN complaints - make the most impact. Let's start out with friendly, neighborly suggestions, as is the way in Penn Branch, ..and see how it goes.
*Capicostia is a blogosphere nickname for what used to be ANC-7B, a region East-of-River and lying between Historic Anacostia and Capitol Hill and the DC/Maryland state line.
Posted by Dyer at 9:02 PM No comments: