A Crime Against The Laws Of The Nation, ..Unfolding In Baltimore?

Marcus Garvey believed 'We can', before President Obama. [photo from 'The Guardian']
Baltimore City, Maryland has problems. Big problems.

If you have been watching the news or reading the paper, over the past day or so, you may be wondering how Baltimore's government and the people, who live there, will ever solve them. Mixed in with the problems that government CAN solve in Baltimore, ..the disenfranchised young residents, burning everything down, over there, have problems that the government and the mayor cannot solve, even with billions of dollars investment in ..and subsequent development of their communities.

Government can give tax incentives to entrepreneurs, who open businesses in the economically depressed communities, where many of us live. The Prince George's County Economic Development Corporation is offering expedition of permits, tax abatements and workforce assistance to people, starting new businesses in depressed areas of Hyattsville, Maryland.

Government can regulate the racist lending practices of banks, who give loans to white and Asian entrepeneurs, with unremarkable backgrounds, ..while turning down black entrepeneurs, who are equally or better prepared to start and run successful businesses. In the 1990s, the Clinton Administration strengthened the anti-redlining code of the Community Reinvestment Act (CRA), and Attorney General Janet Reno successfully prosecuted several big banks for racially discriminatory lending practices, as a result.

Starting here, government can begin unraveling the legacy of institutional racism of America's Jim Crow laws ..and clearing the path for the Afro-American economic independence that so many conservatives claim they want to see happen.

It's also right about here that I find myself asking, what the late Dr. Marcus Garvey, a proponent of Afro-American self-reliance and economic independence, would think about all of this. On July 8th, 1917, the UNIA President called the East St. Louis race riots of 1917, "a crime against the laws of the nation", ..but, what would he make of the violent uprising in West Baltimore, today, ..or the conditions that created it?

When 96.5% of Black America are working for themselves, their families or Afro-American-owned businesses in their towns and neighborhoods, ..I imagine Dr. Garvey, were he still with us, might call that progress. When my nephew doesn't care what you think of his dreds, his sagging pants, his atrocious taste in rap music and his proud heritage, as the son of African survivors of the worst slavery that this world has ever seen, ..because he's been working for his mom's Bohemian cafe-grill and is preparing to run it, when she retires - I think Dr. Garvey would call that true progress! When Black America can tell the world to kiss its natural, black behind, because it's running its own 'thing', ..and without the approval of anyone, but, Grandma and Grandpa, ..maybe, some of us won't feel the need to burn down the neighborhoods that our grandparents worked so hard and sacrificed so much to get us into.

Maybe, the people at City Hall will have a little more respect for our tax dollars ..and the revenue they generate. Maybe, the bad beat cops - most police officers are GOOD ones - will save their 'beatings' for someone else. I think Marcus Garvey would find all of that, very progressive, indeed.

Until that happens, ..I think we're ALL just treading water.

Most people outside Afro-American communities, struggling ones and prosperous ones, are too busy keeping their own heads above-water to be bothered, worrying about how we and our kids are doing. In West African Senegambia, there might be a sense of communal obligation or concern - something called 'Teranga', over there. Here, in the Western World, however...no Teranga. How well we are doing or not doing is our problem, ..and, ultimately, our responsibility.

If truly there can be "a crime against the laws of the nation" - this great nation - in consideration of what is presently transpiring in Baltimore, I think it would be to neglect the work that Dr. Marcus Garvey left us to do - namely, the creation of a sustainable, economically independent reality for the survivors of American slavery and of Jim Crow ..and, we, their descendants. I think we will find something liberating, empowering and optimistic about that work.

[Second Edition]
Posted by Dyer at 5:51 PM No comments: 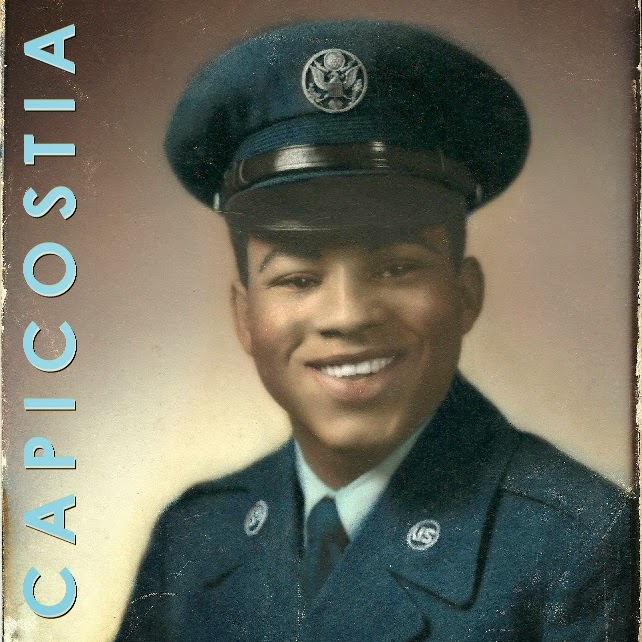 Capicostia's Laughing Airman, ..my Uncle Stanley!
In his life, he was a warrior - a veteran of the Viet Nam War - a scholar and an artist, and he was always there for the people he cared about, when they needed them.  In the 1970s and 80s, he worked, side by side, with a Penn Brancher of long-standing - the late Mrs. Barbara Jean Harvey - in D.C.'s Department of Mental Health, bringing economically challenged citizens closer to the psychiatric care and social services that they so desperately needed to live. After living half of his life in Northwest Washington, he eventually settled into a small house in Marshall Heights and frequently visited us - his nephew, niece, his sister (my mother) and our Coyote-hatin' Goldiweiller, Kirby - and we will always remember how much laughter and wisdom he brought us, right here in the Naylor Duponts.
I think this photo captures the enduring pluck and ambition of the generation that settled in ANC-7B, back in the 60s! They gave us so much - family values, self esteem, safe, clean streets and the optimism to keep all of that going. We live in a more hopeful, optimistic and proud place, because of them.
Their optimism keeps us flying!
Where would our community be, today, without them?

Will Even The Best Coffee Be Good Enough For Penn Branch?

It looks like another major coffee retailer - this one, named for a famous metropolis in the American northwest - will be setting up shop in quaintly middle-class Penn Branch (Washington, D.C.) in October 2015.

A reliable source tells Capicostia that the world-famous coffee giant's Penn Branch store will be located between PB Center’s old, broken down escalators and the H&R Block, in a space that will soon be vacated, by Beltway Beauty and Barber Supply - that's just four doors down from the CVS Pharmacy.

See you in October.

Mel Dyer
Posted by Dyer at 2:12 AM No comments:

Much has been made of Secretary Hillary Rodham Clinton's campaign for President of the United States becoming a coronation. Well...coronation-schmoranation!

EVERY presidential election is a coronation to some degree. Ronald Reagan was certainly a coronation of departure from the sociopolitical consciousness of the 60s and 70s - a return to the rugged individualism that America indulged so unapologetically, before the progressive social unrest of the 1960s. If you want Clinton or any other candidate, you consolidate your political power into a voting block, hold your candidate accountable for your issues ..and CORONATE them!

There are other candidates running for that office. When I find one that I think represents what's important to me, I will bloody coronate them...

So, why NOT Hillary?

Capicostia is now also on Facebook, at these coordinates...
https://www.facebook.com/capicostia 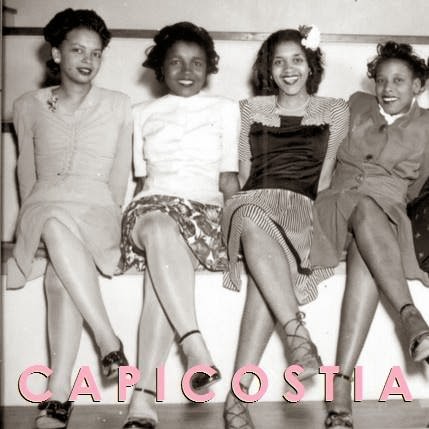 Capicostia, Again? Are You Serious?!

Why 'Capicostia', again, you ask?

Because, if you're living anywhere east of the Big Dirty - that's the 'Anacostia River' for you, greenhorns - you're probably sick and tired of being referred to as 'Anacostia', ..unless you're actually, propely living in Anacostia. Most of us aren't, and most people don't know that Anacostia is only a small part of the River East area of Washington. There's Twining City, the Randle Highlands, Penn Branch, Fairfax Village, Fairlawn, Hillcrest, Good Hope, Naylor Gardens...all here and all always misidentified, as 'Anacostia'!

We residents of ANC-7B don't hate it, because we hate Anacostia ..or Capitol Hill, ..or being sandwiched between them. We hate it, because we want to be appreciated, as something uniquely our own. We've worked very hard to be, and 'Capicostia' is a way of acknowledging that problem, while creating a new, safe place, east of the Anacostia River, for the world to consider not-Anacostia. Just think about it...

We have to distinguish ourselves somehow, and re-naming this blog, Capicostia seems as good a way, as any. Besides, ..people liked the name, that first time around. We-eee're ..back.

Mel Dyer
Posted by Dyer at 1:39 AM No comments: