My late father, Lewis Edgar Dyer, a Spanish Creole chap, originally from North Carolina, and a proud Penn Brancher, LOVED this song, Gerry Rafferty's moody, seductive, complex BAKER STREET.  At the time of its release, its edgy sophistication left exotica, Motown, Woodstock and punk twisting in the rearview.  There was nothing like it!  It was ahead of its time, and it's no surprise that it inspired some of the most iconic music of the 1980s, ..or that it has become the Hipster Anthem...
Even if the hipsters have forgotten that.
Anyway, ..Daddy would play it, over and over again, on the family Victrola; so, naturally, it continues one of my favorite songs.
Posted by Dyer at 4:35 PM No comments: 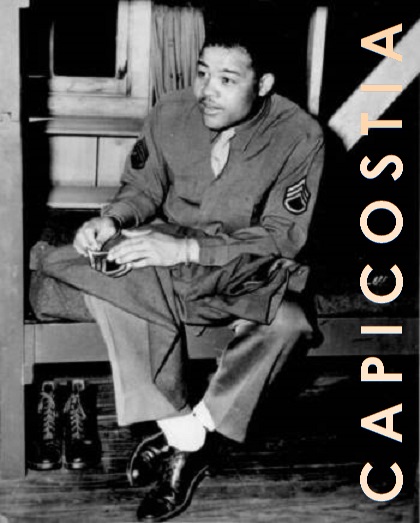 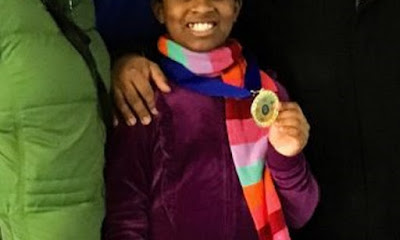 "...She was about two years old before she really started understanding and comprehending me,” she continued.

Maybe it was because she was home alone with her father at seven-weeks-old when I went back to work and they bonded. He would talk to her only in Spanish and when I would come home, she did not quite understand me,” said Graham interviewed at her Penn Branch home on P Street SE that she shares with Anna Elizabeth’s father Efren Martinez Montero.

In Ann Elizabeth’s case, her crayon became a life line, earning her a national art award..."

A Penn Branch girl, living with autism, who is an artist...and Afro-Latina?

Though I am not, myself, autistic, ..my sister is. My family is Cameroonian, Ghanaian, Mexican AND American. We are also artists and proud Branchers, since 1965 [I was born in 1969]. So, we check ALL of those above boxes, and we are so proud.

Read more in East Of The River magazine... https://eastoftheriverdcnews.com/2020/01/14/ward-7-student-places-first-national-art-contest/
Posted by Dyer at 4:08 PM No comments: 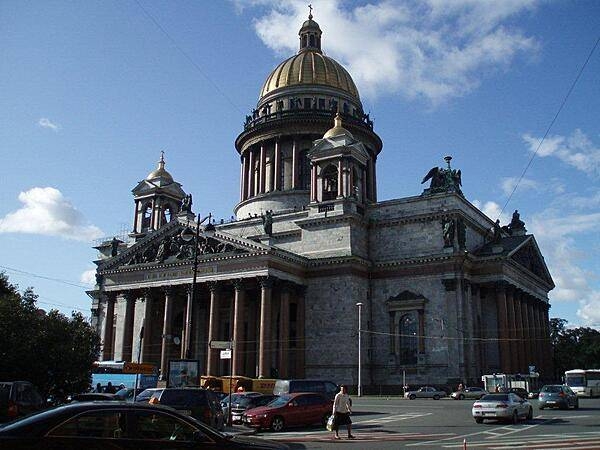 "...The move follows months of speculation in the Russian media about whether Putin will attempt to stay in power beyond 2024 without changing the constitution or forming a unified state with friendly neighbor Belarus.

Critics have suggested he is considering various options to remain at the helm, including by shifting power to parliament and then assuming an enhanced role as prime minister after he steps down in four years.
Another option often mentioned is his heading a state council, a body that Putin said Wednesday he thought should be given more powers under the constitution..."
https://www.nbcnews.com/news/world/russian-government-resigns-putin-seeks-constitutional-shakeup-n1116176
Posted by Dyer at 2:39 PM No comments:

There is a good reason, why I do not feel DC's Wards Seven and Eight are not ready for statehood.

Our River East wards do not presently have sufficient industry and commercial investment to generate enough revenue to adequately support police, EMS, sanitation, public schools and other services, ..on a municipal level. We are not as ready to be towns or municipalities, as some of the other parts of town, ..like Capitol Hill and Georgetown. Presently, our Capicostia (ANC-7B) neighborhoods are poised to become the prospective 51st State's poorest, most abject districts. How will that go for us, when the folks, downtown, decide we should start shouldering more of our own economic burdens?

So, when I read about these so-called 'opportunity zones', I am somewhat hopeful...encouraged. Some would argue any development is good development, for Seven and Eight. The question for us, River Easters, however, is...opportunity, for whom? 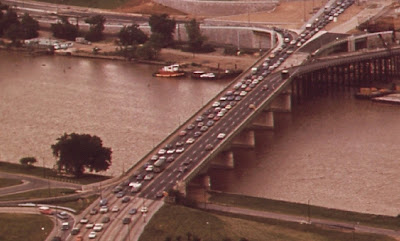 I am not a fan of proposed D.C. statehood, as I do not presently think Wards Seven and Eight are poised to benefit from it, ..but imagine the possibilities for a new River East!

Ever wonder what would happen to our River East neighborhoods, if Washington, D.C. became a state...was it Douglass Commonwealth (DC)? Will our eight wards become eight, new counties? Will the Advisory Neighborhood Councils, within those eight wards, become distinct and exciting, new towns?

Let's start, right here, ..with Seven Bee. Presently, we're a cluster of obscure neighborhoods, between historic Anacostia and Capitol Hill, with no unifying culture, civic relevance ..or identity. Imagine us, suddenly, our own municipality, ..just like Washington, DC.

What would we call ourselves?

Imagine that hilly, historic, pseudo-suburban ANC-7B, with Skyland (above), as its downtown nerve center, is now an incorporated city in the new 51st state of Douglass Commonwealth. What should our new, shining city on a hillcrest be called?

We want to hear from you! Please leave your pick of the above SIX town names, in the 'Comments' thing, below.

Remember This From The Infiniti Commercial? Hannah Williams & The Affirmations!

Hannah Williams & The Affirmations - 50 Foot Woman [Official Video]
Posted by Dyer at 2:26 AM No comments:

I think that what Dr. Michio Kaku is saying in this YT video is that America's education system doesn't prepare us to compete, at the college level, in math and the sciences. I would have to, however reluctantly, ..agree with him.

I wasn't exposed to the celebrated 'British system' for math education, until I was in my sophomore year of high school - summer school, in fact - and easily performed at the highest level, after having struggled with math for years, in American schools, making Cs and Ds. The following fall, I went back to performing poorly in math - the American system having pretty much destroyed my confidence, in my natural mathematic abilities.

Wondering what any of this has to do, with living in Capicostia...with you or your family, specifically? How are the kids of (ANC) Seven Bee measuring up? Are they ready to dominate [Yes, liberals...dominate. It's what every other nation is striving to do.] the Global Marketplace?

American schools must become more competitive, globally, in the sciences.
Posted by Dyer at 2:16 AM No comments: 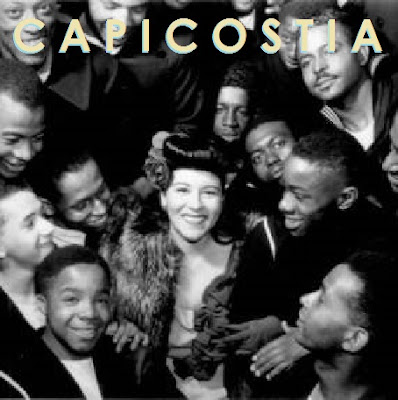 Public Safety Much Improved, At Our Penn Branch 7-Eleven 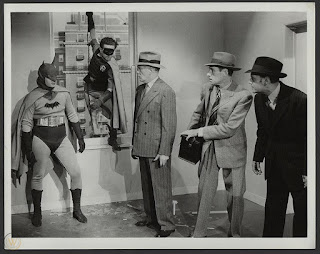 BATMAN remembers the old Penn Branch being rather lively.
by Mel Dyer

The public safety situation has much improved, at our Shops at Penn Branch, since the publication of my last article on the subject.

The CHARACTERS and panhandlers no longer gather in any number, noticeable enough to alarm, annoy or distract from keeping ourselves safe, going about our business, there. Penn Branch no longer operates in an environment that attracts criminal opportunists; so, let us assume that the prospects for intimidation, purse-snatchings, slightly more violent smash-n-grabs and straight-up ARMED ROBBERY ..are significantly less, than before.

Chronic vagrancy is not tolerated by the 7-Eleven stores in Cleveland Park, Chevy Chase, Georgetown or Spring Valley - I've been to those stores - and I can tell you it is not tolerated in Penn Branch, either. I have spoken with the owner of our 7-Eleven, and, believe me, ..she is working so hard to keep her store and storefront, a hospitable place to shop. Furthermore, she invites all of us Branchers to share our concerns with her, before we silently start passing by the Shops at Penn Branch, for other places, ..west of the Big Dirty and out of town.

Chronic loitering distracts us all from keeping ourselves and our families safe from potentially more violent crime. That's the big deal. That is why we cannot tolerate it.

Keep telling our Penn Branch store owners and cashiers to pay attention to what's going on outside their stores AND to call the police, when they see loiterers and panhandlers, gathering. E-mails, tweets and text messages - WRITTEN complaints - make the most impact...

But let's start out with a conversation.

Skinny Parents Are Going To Hell, Too: A Rant

by Mel Dyer
Time-travel! Of all the great super-powers I can dream of waking up with, THAT is the one that I would find most useful, ..for awhile. If only I could turn back time...
If I could turn back time, every time I was about to eat something sweet, buttery, fried or fatty, ..I would just pop myself back there and knock it out of my pudgy, little hands! If only I could go back in time ..and avert the cosmic disaster of my ever becoming fat.
Seriously, ..no slice of cheesecake (my favorite), pile of Doritos, cup of coffee (my second religion), steak, ribs, Mama's spaghetti, Daddy's Dungeness crabs, a pizza, an enchilada, soul food (ALL of it) - none of it is worth the crapload of misery that comes from touching these things. I would send every morsel back to the kitchens. If you're feeding your kids this stuff, before they even know what a good life, in a fit, attractive body, has to offer them, may God have mercy on your souls...
Especially, if you're fat! 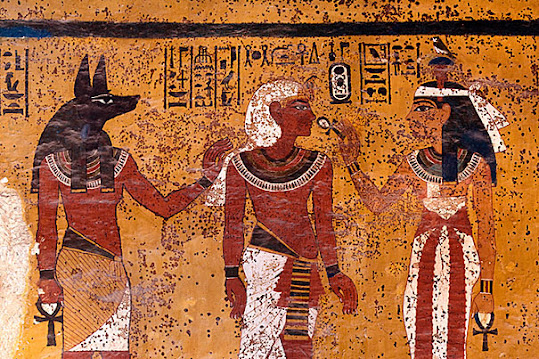 What does all of this mean?

Food is FUEL. That's all it is. Eat enough to keep from passing out or getting a goddam headache - that's it, if you want to spare your offspring all of the immitigable torment, ..waiting for obese people in the Western World. Pinch your kids' noses closed, when they eat, or drown everything on their plates in VINEGAR (like folks, who don't know how to cook), so it all tastes the same - nasty...
If you love them.

For what, you ask? A happy life, in tiny, box cut swim trunks (like Daniel Craig's in CASINO ROYALE), which I cannot presently wear, with any dignity. That's what! If that sounds shallow to you, you haven't turned fifty, with UNCLE FESTER staring at you, from the mirror, every day!
Oprah, ..Dr. Phil, ..skinny, Indian doctor-guy (Something Gupta) on CNN ..and the other younger, really skinny, Indian doctor-guy on MSNBC - I don't want to hear it. I'm in a dark, bitter place, and you're about forty-eight years, too late, ..to make anything better.
I don't want to HEAR it. Uncle Fester's is looking at me, right now. You're too late!

Trust me, ..selfish, deluded, evil fat parents, who are reading this: Box cut trunks are worth the sacrifices you have to make, like hurling up everything (water, celery and cupcakes), you ever barbecued and force-fed me, in my sleep, ..to never not fit in them, you psychotic, over-buttered sumbiches! I hate you. You ruined my life. I don't care, if this bitter, self-pitying, stream-of-consciousness $#*+ doesn't have anything to do with the rest of this paragraph! I'm putting it in the sodding paragraph, anyway - I don't give a $#*+, anymore. Box cut trunks are for time-travelling superheroes and ANGELS, you evil fatasses.
Box cut trunks are worth it! Keep your food down (please), ..but, trust me - they're worth it.

What does this have to do, with living between the Hill and Anacostia? Not a gadblamed thing.
Posted by Dyer at 1:59 AM No comments: