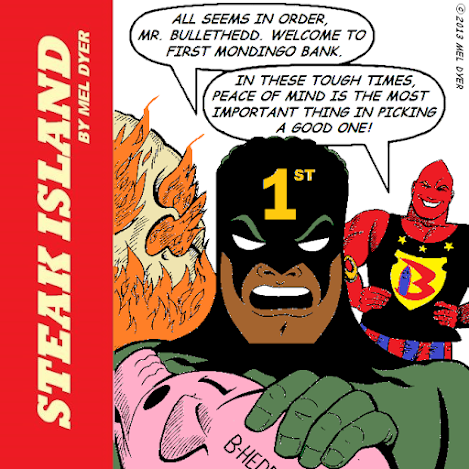 I think First Mondingo is probably equal parts Phantom, Black Panther and Batman...a kooky, right-leaning allegory for what I'll call Greenwoodism, and that's visually reflected in his costume's colors. 1st Mondingo Bank will always 'look like' it's burning - that's non-negotiable - but, not because some racist psychopaths set it, afire.

Too woke, for Halloween? Too Booker T. to be woke? Probably. Ha!