Wonder Woman vs the New Jim Crow: How Linda Dunikoski's Guts, Strategy and Restraint Won a Conviction in the Arbery Case

From the New York Times

"...she had been brought in to try the biggest case of her career: the murder of a Black man on a sunny afternoon by three white men just outside a small city pinned to the South Georgia coastline.

Despite the evidence of racism she had at her disposal, Linda Dunikoski, the prosecutor, stunned some legal observers by largely avoiding race during the trial, choosing instead to hew closely to the details of how the three men had chased the Black man, Ahmaud Arbery, through their neighborhood.

The risks went beyond her career and a single trial. Failure to convict in a case that many saw as an obvious act of racial violence would reverberate well outside Glynn County, Ga. For some, it would be a referendum on a country that appeared to have made tentative steps last summer toward confronting racism, only to devolve into..."

Conviction! Justice, for the family of slain jogger, Ahmaud Arbery! How did it happen? 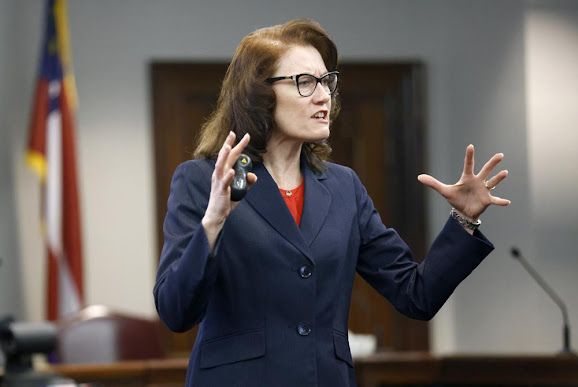 The restraint of Special Prosecutor Dunikoski, in presenting her case, will be something for text books. (from Associated Press)

Jovian lineage, photon-repelling bracelets and magic lassoes had nothing to do with wrangling a conviction for the murder of a young, African American, male jogger, ..by three white men, in heavily Trump-supporting (sixty-one percent) Glynn County, Georgia. With nothing so supernatural, as an Invisible Jet or a giant kangaroo, ..Special Prosecutor Linda Dunikoski rode in on some fourteen-karat, Gawj'a nerve, that nobody - certainly, not convicted murderer Travis McMichael's defense team - saw coming.

This is not a comic book story. It really happened!

Read the article, by Richard Fausset, here, ..in the New York Times.

Special Prosecutor Linda Dunikoski (from Associated Press on YouTube)
Edgar Miraculous Dyer, without his fine, coyote-hatin' Goldiweiller, Kirby (now moved on to that big, coyote-hatin' hate group in the Sky) continues a somewhat bleaker, dogless existence in the Capitol Hill area of Washington, DC. He has been an active member of the Latino Culture Council of the Capitol Area (El Consejo de Cultura Latina – La Zona del Capitolio) and the Kiwanis Club of Capitol Hill.
Posted by Dyer at 4:07 PM